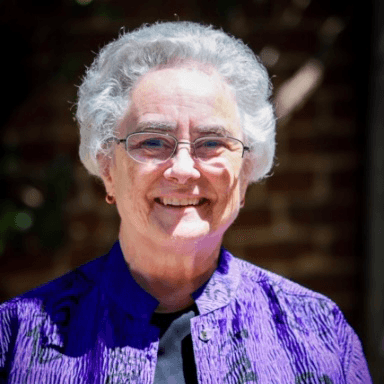 Dorothy (Dottie) Peterson, FCJ – is a member of the Society of the Sisters Faithful Companions of Jesus, an International Community of sisters who live their lives walking in the footsteps of their foundress, Marie Madeline D’Houet, who found her inspiration and passion in the life and work of St. Ignatius and the Constitutions of the Society of Jesus (Jesuits) with whom FCJ’s often work in a wide variety of ministerial settings.

Dottie is a graduate of Fitchburg State College (BA in education), St Michael’s in Winooski, VT (MA in Theology), Boston College (MA in School Administration), and the Jesuit School of Theology in Berkeley (MTS in Religious Studies) focusing on Spirituality, and she completed a three year training, equivalent to a Masters, in vocational discernment and counseling.

Dottie worked initially in education, teaching pre-school through graduate school. She spent nine years as an elementary school principal, served three terms in local leadership in her community and three terms as a provincial consultor. Additionally, she worked for three years as Assistant Superintendent of Schools for the Diocese of Providence and three years as a parish administrator.

She has also trained and served both on the East and West coasts as a Spiritual Director, for over thirty years. She has enjoyed the privilege of walking with many men and women of various faith traditions as they continue their search to find God’s will for them in the here and now. She also has worked in the area of spiritual assessment and Spiritual Direction at Kairos from 2015 till the present..

She is also a trained Massage Therapist who practices the art of Compassionate touch and listening since 1995.  Her passion is engaging the whole person and working to integrate body, mind and spirit in the search for wholeness. 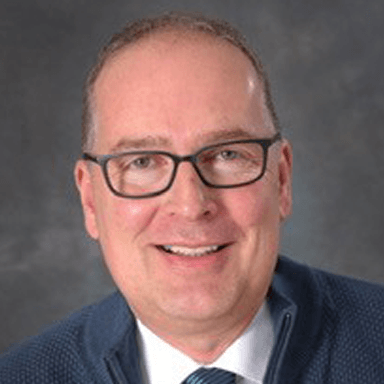 Rev. Stephan Kappler is a licensed psychologist and priest of the Diocese of Oakland. Currently, Fr. Stephan is President of The Southdown Institute. Fr. Stephan received his Doctorate in Clinical Psychology (Psy.D.) from John F. Kennedy University, Pleasant Hill, CA, and his Master of Divinity (M.Div.) from the Franciscan School of Theology, Berkeley, CA. In February 2014, he founded KAIROS Psychology Group in Oakland, CA and has served as its Director since that time. He has served as Parochial Vicar and Pastor in the Diocese of Oakland since May 1994, with his most recent ministry as Pastor of St. Jarlath Catholic Church in Oakland. He has facilitated workshops internationally for Religious and Clergy in the area of mental health. He has served on the National Advisory Council (NAC) of the Conference of Major Superiors of Men (CMSM), and has served as a consultant for many dioceses. Fr. Kappler speaks fluent English, Spanish, and German.

Father Bede Healey, OSB Cam, PhD is a Camaldolese Benedictine monk and Prior of Incarnation Monastery in Berkeley, California. Previous to his assignment here, Bede was at New Camaldoli Hermitage in Big Sur for 20 years. There he served in various capacities, including Formation Director, Oblate Chaplain, Council member, Cellarer and Vice Prior. Before transferring to the Camaldolese, he was a monk at St Benedict’s Abbey in Kansas for 15 years, where he held positions in formation and administration, and was an associate professor of Psychology at Benedictine College.  Bede provides spiritual direction and psychotherapy. He has a keen interest in the relationship between spirituality and psychology, as well as in exploring the contemplative dimension in everyday life. He has taught at the School of Applied Theology and is an adjunct faculty member at  the Jesuit School of Theology/Santa Clara University, and at the University of San Francisco in their doctoral program in clinical psychology. Bede serves as the Director of Clinical Training at KAIROS Psychology Group, where he supervises doctoral level trainees in psychological assessment, with an emphasis on assessment of candidates for seminary and religious life.
Bede is a licensed clinical psychologist CA (license PSY 16776), and offers psychological assessment, consultation, and treatment. Bede earned his doctorate at the Gordon F Derner Institute of Advanced Psychological Studies at Adelphi University in New York. He trained and worked at the Menninger Clinic, where he was a staff psychologist, the Director of the Division of Religion and Psychiatry, and held the Ishak Ramsey Professorship at the Karl Menninger School of Mental Health Sciences. In these capacities, he has written and presented widely on psychological and spiritual issues, including ministerial candidate assessment, sexuality, trauma, ministerial self-care, and psycho-spiritual growth. He consults with and provides treatment for religious professionals and focuses on working with religious issues in therapy. He provides psychological assessments for religious and ministerial candidates as well as for clergy and religious who are experiencing difficulties. and consults with religious communities and dioceses of various denominations. 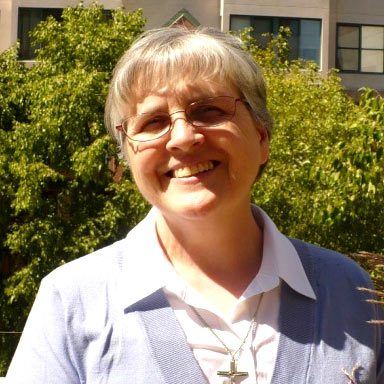 Sister Kathleen Laverty joins the KAIROS team as a Registered Nurse with more than thirty years experience. As a Sister of the Sacred Hearts of Jesus and Mary she served first ten years as a Registered Nurse in the UK (London and Wales) as well as Sacramento, California. She then pursued Midwifery Studies in Ireland where she qualified as a Registered Midwife in preparation for work in Africa, in which capacity she served in Zambia’s Northern Province for nine years as Midwife and Clinical Instructor of Zambian student midwives.

On return to the US, she obtained a Bachelor of Science in Nursing with a Public Health Nurse Certification at Holy Names University in Oakland. This study and her African experience were great assets to her work as Maternal Child Nurse Case Manager as well as Nurse Case Manager for persons living with AIDS in the Oakland area. Following this, Sister spent a few months in a rural clinic in El Salvador, visited the sick in their homes and, when the clinic was closed, provided emergency care at the convent especially for local children suffering from Asthma.

This invaluable experience provided Sister Kathleen the opportunity to have an experience of the culture and language of a Spanish speaking country. Sister was subsequently to work for eight years at St. Anthony Medical Clinic where more than eighty percent of the patients are Spanish Speaking. Located in San Francisco’s Tenderloin District in the same building as the renowned St. Anthony dining room, Sister joined the clinic team whose primary focus is the health of the families of Francisco’s working poor. St. Anthony’s continues to welcome Sister Kathleen as a volunteer and she treasures the time she can spend in this clinic which is like an oasis to many of the poor of San Francisco. 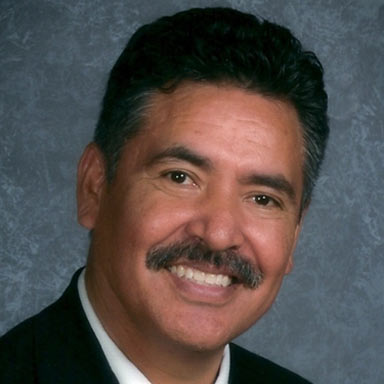 Deacon Noé González joins the assessment team at KAIROS Psychology Group to conduct spirituality assessments. He is fluent in English and Spanish as well as mindful of the intricacies and nuances of the American and Latino cultures. While at Occidental College he was part of a research team that helped found what is now Centro de Formación Integral la Salle in Tijuana, Mexico. After graduation, he entered religious life and was sent to Berkeley to study at the Graduate Theological Union where he received a Master’s in Divinity from the Franciscan School of Theology. Subsequently, his community sent him to Guaymas, Sonora, Mexico where he ministered to shut-ins, orphans, elderly, and the dying. After returning to California, he taught at various Catholic schools before joining the Lasallian Educational Opportunities (LEO) Center, a nonprofit organization in West Oakland, where he was the director for five years. He holds a Nonprofit Certificate from California State University, East Bay. During his tenure at the LEO Center, he was able to attend the Lasallian Leadership Institute and earn a Leadership Certificate. He continued his studies at the Jesuit School of Theology of Santa Clara University where he earned a Certificado en Estudios Teológicos y Pastorales. He also holds a California Teaching Credential and a Master’s in Education from Holy Names University. He is currently a doctoral candidate at the University of San Francisco.

For the last thirty-three years, he has worked in various Catholic educational institutions and parishes in the Diocese of Oakland. In the deacon community, he has served as president, member of the executive board and assessment team for deacon candidates. He has also coordinated the post-formation for the diaconate community for the Diocese of Oakland.

After completing his post-doctoral training at the Southdown Institute, Dr. Kappler has maintained a connection with Southdown and follows its’ multidisciplinary assessment model.

Southdown was founded in 1966 to address the needs of religious and clergy around mental health issues including addictions.

Located in Holland Landing, Ontario, just 40 miles north of Toronto, Southdown serves men and women from across North America and throughout the English-speaking world.

KAIROS maintains Southdown’s tradition of providing the highest quality care for clergy and religious and helps to make it accessible to a larger population in the Western Ecclesial Region of the United States.

Dr. Kappler also provides Continuing Care services for clergy and religious who completed residential treatment at Southdown and have returned to their community/diocese in California.